The most important historical base of  Dialogue Psychotherapy is the philosophy of dialogue expounded by Martin Buber, but it has been   developed further both theoretically and practically by: Swiss  psychoanalyst Hans Trüb, American psychologist Carl  R. Rogers, German psychiatrist  Viktor von Weizsäcker, English  family psychiatrist Ronald D. Laing, American psychoanalyst Leslie H.Farber,  Hungarian-American family psychiatrist  Ivan Boszormenyi-Nagy,      and American philosopher Maurice  Friedman  —  all of whom, to  one  extent or another, were influenced by Buber.

Paradigmatic for the history of  Dialogue Psychotherapy is Hans   Trub,who went through a decade-long crisis in which he broke away  from his personal and doctrinal dependence on Jung in favor of the      insights that arose from his face-to-face  meeting with Buber. In such  unreserved  interchange Trüb found it impossible to bring  any  concealed motive into the  dialogue and let it affect  it. In his work  with his patients, Trüb  became aware that his consciousness invariable tended to become monological so  that he allowed his            patient to be there for him only  as a content  of  his own experience. 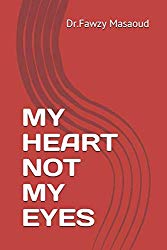