MEMORIES AS ‘GHOSTS FROM THE PAST’

feeling depressed you may have very distressing memories

from key times in your life which seem to provide strong evidence for your negative beliefs. These are likely to be times when you felt intensive emotions such as sadness , shame or anger . Such moments may become ‘ negative self-defining memories ‘ that when viewed through the dark lens of depression , seem to prove or reinforce your negative views of yourself.

For instance, Michael had a very strong memory of pushing a frail old lady when he was working as a cleaner in a hospital . He felt terrible shame about this memory and believed himself to be a very nasty person because of it . He did not remember that the lady had been angry and confused at the time , that she had been pulling at his clothes and his hair for many minutes. , and that he had been trying to get away from her because she was out of control, and causing him a lot of pain. In that context his actions seemed understandable and not at all cruel.

memory sharpens at times of great stress and difficulty

which means that we may recall specific details of these distressing events long after they have passed .

The sort of events that seems to haunt us, , almost like ghosts from the past, are times when we have felt threatened or humiliated in some way, , or when we have experienced failure or loss.

For example, you may have felt

in a close relationship or in the work place . You may carry around a mental image of someone from this time shouting at you , perhaps’hearing’ their voice almost as if they were still present. Memories of such experiences may then return to you at times when you feel stressed or uncertain – when starting a new relationship you may be troubled by memories of difficulties in past relationships. When you start a new job you may recall times when you struggled or were unfairly criticised in a previous job . If new your partner is a bit short with you, or if new your boss asks you to change a piece of work , the old memories surface .

The current event can then be seen as providing confirmation of previous negative or critical beliefs about yourself, the world an/or other people and the feelings you had at time that the bad memories were formed may come flooding back.

We may also respond to cues that match aspects of our earlier experience . For example, you may feel an instant aversion to someone who looks or talks like someone who hurts you in the past, simply because they remind you of that particular bad experience.

For example, Bill was being bullied by a new manager in his department at work . one day , he was on a train feeling quite relaxed , when he suddenly

felt very sick and then angry

with a pounding heart – all for no apparent reason. He realized that a man in front of him on the train had an identical haircut and very similar colouring to the bully at work, and his body and his brain were very responding emotionally as if the boss was really there.

Memories can be triggered by all sorts of cues in the world around us; smell and taste are particularly powerful triggers for memories. Sarah, who has been abused by a carer as a teenager experienced intrusive memories and felt disgusted whenever she smelt a fried breakfast , because this smell had always preceded acts of abuse . This may be one way that our brains try to protect us , triggering an’ early-warming system’ that something bad is about to happen so that we can take action.

However, although this is designed to protect us, our memory and sense of threat may be triggered when there is no actual danger present, like a smoke alarm that goes off when we burn the boast .

can be enough to trigger very powerful thoughts and feeling . A fleeting image or sensation can be enough to bring the entire memory back. This is a bit like clicking on an icon on a computer screen ; there may be large memory file that suddenly opens up in an instant . Another woman Becky experienced very upsetting memories of her parents fighting whenever she heard someone raise their voice .

Like clicking on the icon on the computer screen , raised voices made her remember all the times when she had hidden in her bedroom , hearing her parents shouting and screaming at each other . When this happened she would feel like a small , anxious child again, even if the person raising their voice wasn’t angry with her. 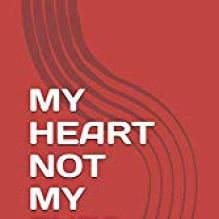 One thought on “MEMORIES AS ‘GHOSTS FROM THE PAST’ ARTICLE 1,2,3,4[MENTAL HEALTH]”