Some helpful ways to respond when you become aware of having a distressing memory . In particular we will describe how using your capacity for creative imagery

can be a powerful tool to help you reduce your distress.

Often we say that we have a memory what we mean is that we have a visual image- we can see what happened in our mind’seye. This is important because images are more closely linked to emotion than verbal thoughts. It is often said that ‘ a picture is worth a thousand words ‘ and this applies to mental picture too.

For example , if you form a vivid mental image of your favourite meal , this is more likely to make you feel hungry than if you are just thinking about what you are going to have for dinner . Similarly , Tim, ( in the section earlier ) could describe his experience in words – ‘ I was bullied ‘- but the real emotional pain for him came from image of being surrounded by people shouting and laughing at him. The picture is much more emotional than the words.

Images may no just be visual. Bill was troubled by a recurrent memory of his boss bullying him , but instead of mentally picturing his boss he would’ hear’ his voice and feel the sensation as if his boss were standing behind him, looking over his shoulder and criticizing him. Bill was therefore ‘hearing’ his boss ‘s voice in his head and feeling

the stress and tension

in his body that he had felt at the time.

This shows that whilst sometimes experiences are stored in our minds as mental pictures , we can also be left with sounds and bodily sensation that we experienced at the time of the event.

Another reason images are important is that they may be linked to particular emotional memories . Fragments of past memories may be stored as a mental images in our minds , even if we cannot recall the memory in its entirety. These fragments of memory often represent the worst moments of a traumatic event.

One woman imagined herself to be shrinking down in size whenever she felt anxious in social situations . She had a vivid image of herself as a small child cowering in a corner with much bigger people standing over her, but she could not remember what the whole story was , or why she had been in this position.

Sometimes there can be a whole host of meaning contained in a single picture . For instance , Rob was about to take an important exam , which he was very worried about. He had a vivid image of himself coming out of the exam room on his own looking exhausted and despondent , while everyone else was chatting and laughing. He realized that this image had a very clear meaning for him-‘you are going to fail and everyone else will pass’-which was having a very negative effect on him.

Once he was aware of this , and realized that it meant he was predicting that he would fail, he was able to put it out of his mind and concentrate more on his studies. 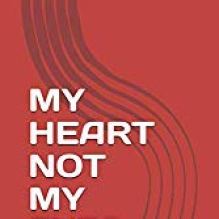 One thought on “MEMORY AS IMAGES [MENTAL HEALTH] ARTICLE 1,2,3”